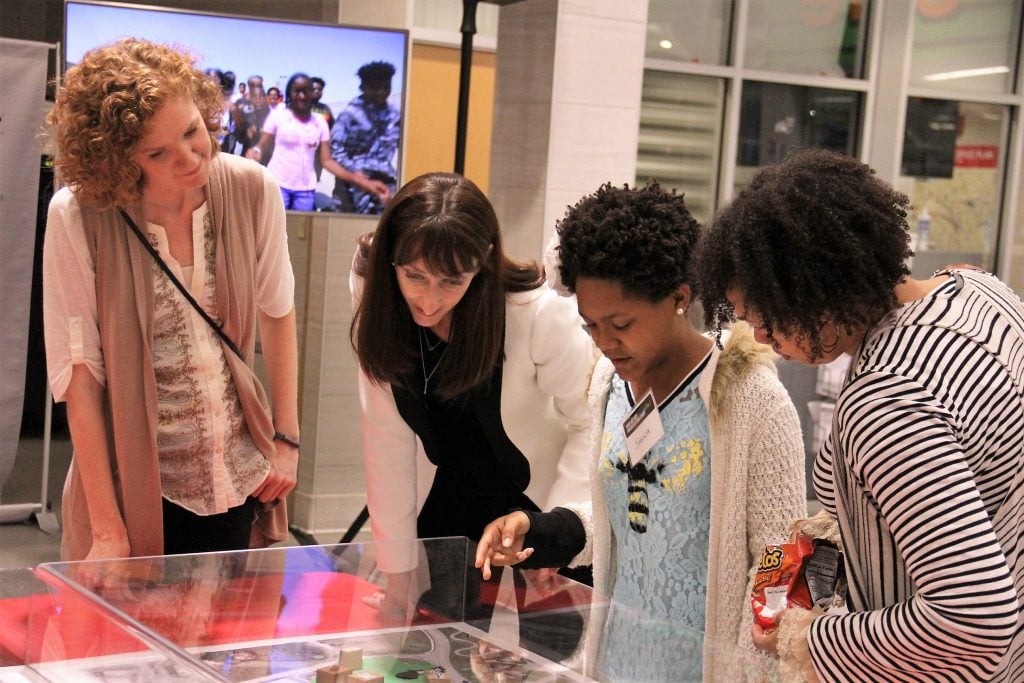 When you combine hip-hop music and architecture, the results can be quite fascinating.

The hard work and creative achievements of young people were highlighted during a special reception hosted by Metro Transit and the St. Louis County Library on October 9. Their ideas focused on what transit-oriented development may look like around a Metro Transit Center in North St. Louis County.

More than 30 local young people ages 11 to 14 attended the Hip Hop Architecture Camp this summer, a week-long program held at the St. Louis County Library Natural Bridge Branch. The camp blended architecture, hip-hop and urban planning to encourage creativity and to introduce young people to the field of architecture. The urban planning 3-D models they created at camp are now display at the North County Transit Center.

“The youth who participated in the camp were asked to create a vision of their perfect community, and that’s what you see before you,” said Kristen Sorth, Director of St. Louis County Library. “I think you’ll agree these are some pretty fun communities that they’ve designed.” 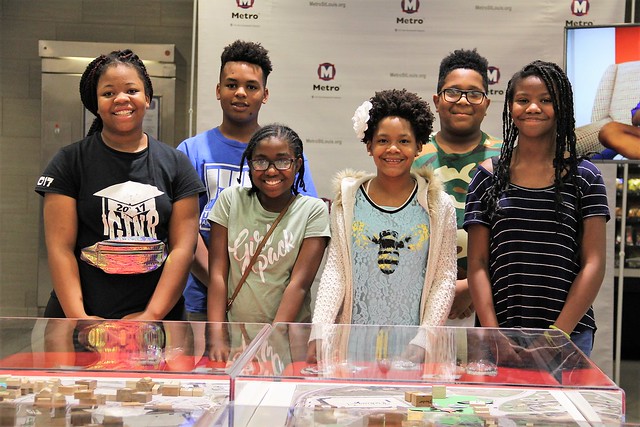 “We put in places that we think will help our community, like a homeless shelter, hospitals where people can get health care for free and a school from pre-K to college, because so many can’t afford to go to school,” said 13-year-old Kristen, one of the Hip-Hop Architecture campers. She said her group’s ideal community also included a park where it would be safe to play without fear of being kidnapped and various stores, including ones that would offer healthy food options. Access to quality food, housing, health care, education and greenspace were addressed in each of the six 3-D models created by the campers. The models will remain on display at the North County Transit Center through October 26.

During camp, the group created a music video with the help of well-known St. Louis rapper and producer Chingy and others. The music video features original raps written and performed by the campers that convey their feelings about the St. Louis community based on their life experiences. Homelessness, pervasive violence and a hope for change and prosperity were among the many themes included in the video as the young people rapped in unison about how they are going to “change it up” and “build it up.”

Jessica Mefford-Miller, Executive Director of Metro Transit, congratulated the camp participants and liked the way they immersed themselves in their creative projects, saying they had all demonstrated skills and creativity that would help them do well in the career areas of urban planning and architecture.

“Art, music and architecture and the way we plan and design our communities really can change lives,” Mefford-Miller said.

Architect Michael Ford founded the Hip Hop Architecture Camp in 2017 in Madison, Wisconsin, to attract young, diverse talent to careers in architecture, and he has since grown the program to about 30 camps nationwide. The pairing of architecture and hip-hop encourages expression and creativity that enables youngsters participating in the camps to discover what they would like to see in their communities and describing it through something they enjoy, hip-hop music.

Currently in the United States, less than three percent of architects are African American and less than 0.2 percent are African-American women, something that Ford has set out to change by exposing young people to his camp program.