Today, we posted a partial picture of an aerial photo to make it a bit more challenging. Here’s the full photo.

Pictured is a streetcar moving southbound on Grand Boulevard between Sullivan Avenue and Dodier Street. Does that location ring a bell? That’s because that’s the location of the old Sportsman’s Park (aka Busch Stadium I). The year is 1949.

The local nine won 96 games that year, earning them and October filled with tee times and vacations. The Brooklyn Dodgers bested them by one game in the end. Sure didn’t help that the Cardinals dropped five of the final six games of the season – ouch!

Following the stadium of Wrigley Field in Chicago, the Cardinals’ and Browns’ North Side stadium was tucked in among the residences and operated as a baseball yard from 1867 to 1966. The stadium’s capacity grew from 8,000 in 1902 to its peak of 34,000 by 1948. 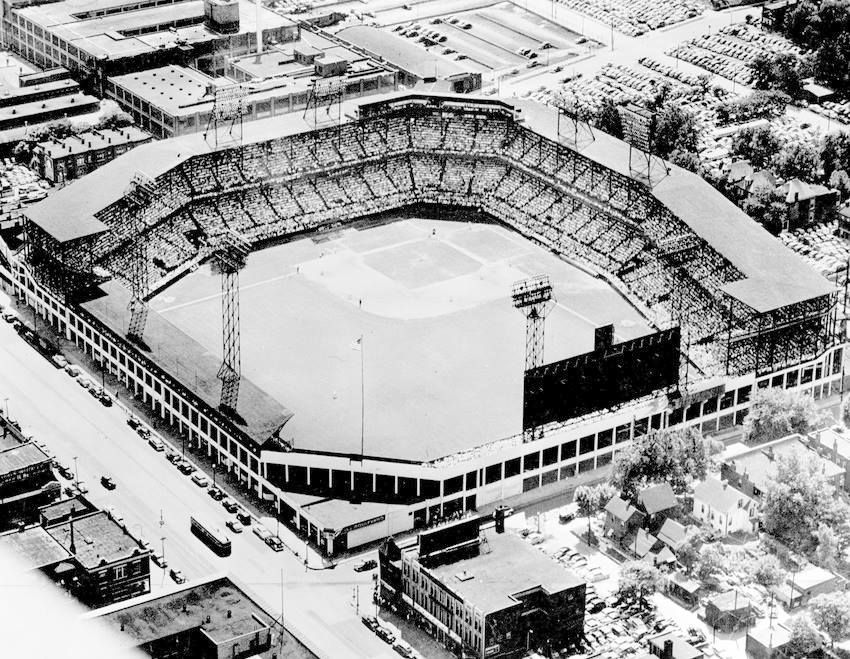