Passengers like Jim depend on Metro Transit to get to work, school and other important destinations. We hope you enjoy his story, and we’re interested in your transit story too. Email mrhibbard@bistatedev.org, and we may share your story in a future “Passenger Profile.” 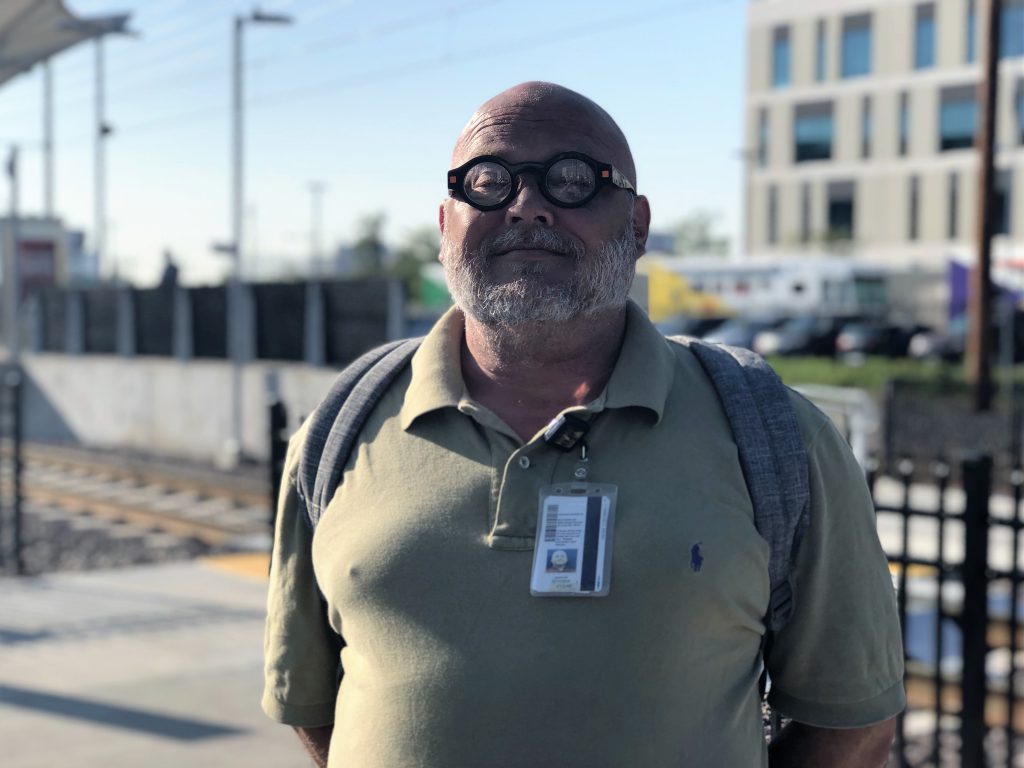 Jim couldn’t wait for the Cortex MetroLink Station to open.

“I’ve been dying of anticipation,” he said.

The MetroLink station – in addition to the first quarter-mile of the Chouteau Greenway – officially opened yesterday. For Jim, the new station allows him to shave about 45 minutes off his transit commute. It’s time he’ll now use for exercise. In addition to providing Jim the time he needs to stay active, Metro Transit also gives back in other ways.

Jim has been with us for a long time, ever since he was a child.

“I rode the bus when I went to grade school in Soulard,” he said. “I remembered it cost a dime to ride, a nickel for a transfer.”

Today, Jim enjoys all the benefits his transit commute provides, specifically how it saves him money.

“It’s incredibly affordable,” he said. “I’ve been able to save about $600 a month because I choose transit. It’s all about choices and what you choose to spend your money on.”

Since Jim is an employee of BJC Healthcare, he’s also able to take advantage of a company benefit and ride Metro Transit for free.

Besides the cost-benefit of public transportation, Jim also rides for environmental and culture reasons. For Jim, getting on board a bus or train is his way of connecting with the city and his fellow residents.

“I like being grounded in the community,” he said. “I’m a true urban city person.”