Passengers like Maurice depend on Metro transit to get to work, school and other important destinations. We hope you enjoy his story, and we’re interested in your transit story too. Email mrhibbard@bistatedev.org, and we may share your story in a future “Passenger Profile.” 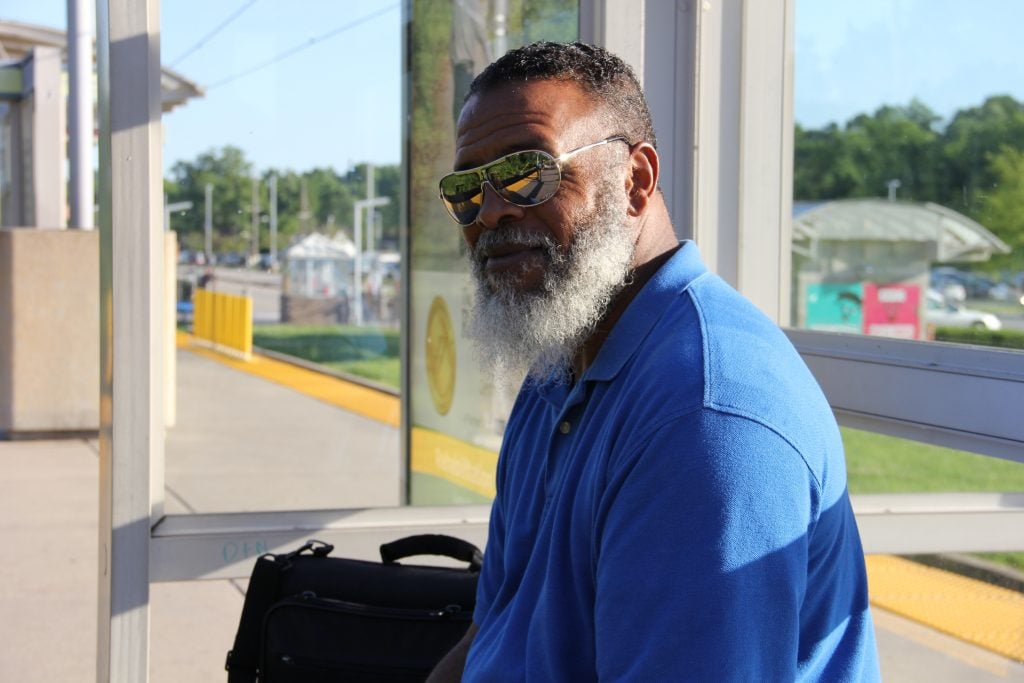 Maurice depends on the reliability of MetroBus and MetroLink to get him to and from work each day.

Each day of the week, Maurice boards the #1 Main Street-State Street bus near his home and rides to the Fairview Heights MetroLink Station. From there, he boards a Red Line train and rides to the end of the line at the Shiloh-Scott MetroLink Station. The last bit of his commute is on a free shuttle within Scott Air Force Base, which literally drops him off right in front of his office.

Maurice has been an avid transit user for years, and was excited when MetroLink first opened in 1993. However, he had to wait for it to expand a few miles east before he could take full advantage of it. Back then, the furthest east it went was to the 5th & Missouri MetroLink Station in East St. Louis. The system expanded to the Shiloh-Scott MetroLink Station in 2003, and that’s when MetroLink became a regular part of Maurice’s life.

“When it opened, it quickly became a lot easier to get around,” he said. “There was less hassle, less traffic.”

Today, Maurice continues to use a combination of MetroBus and MetroLink to get to work. It’s a commute he’s trusted on for many years, and he has no plans to stop anytime soon.

“I don’t have to worry if I will get there on time” he said.