Ride Metro to the Soulard Mardi Gras on March 2 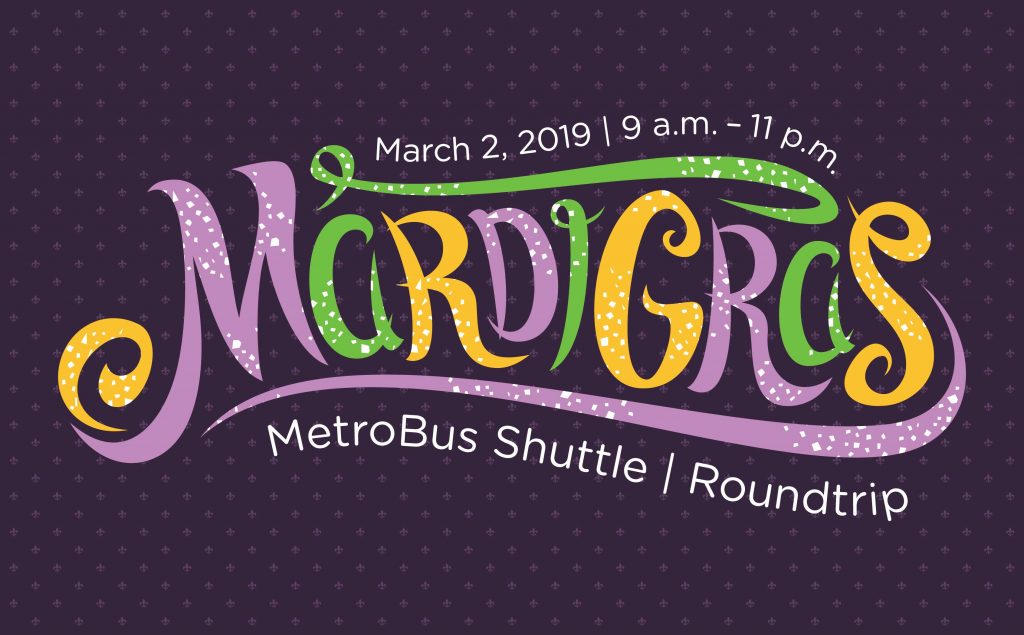 Metro Transit makes it easy for everyone to let the good times roll and enjoy all of the festivities at the Soulard Mardi Gras, while avoiding street closures, traffic and searching for parking.

For just $5, you can enjoy special round-trip shuttle service to the Soulard Mardi Gras on Saturday, March 2. The Mardi Gras shuttle will run approximately every 10 minutes from 9 a.m. to 11 p.m. between the Civic Center Transit Center in downtown St. Louis and 10th Street between Carroll and Marion Streets in Soulard, in the heart of the Mardi Gras celebration.

The $5 round-trip shuttle passes can only be purchased on March 2 at the Civic Center Transit Center. No other Metro passes or fares are valid for the shuttle, and the shuttle pass is not valid for use on MetroLink, MetroBus or Metro Call-A-Ride.

MetroLink trains will operate every 20 minutes on the Red Line and Blue Line on March 2, with trains arriving and departing every 10 minutes at the Civic Center Transit Center and at all MetroLink stations between the Forest Park-DeBaliviere and Fairview Heights Stations. MetroLink platforms will be monitored for crowds throughout the day, and extra MetroLink service will be added, if needed.

MetroBus is another great option, with the #8 Bates-Morganford, #10 Gravois, #20 S. Broadway, #30 Arsenal and #73 Carondelet MetroBus routes all serving stops near Soulard. Please note that the #30 Arsenal will be operating on a reroute on Saturday, due to the Mardi Gras Grand Parade.