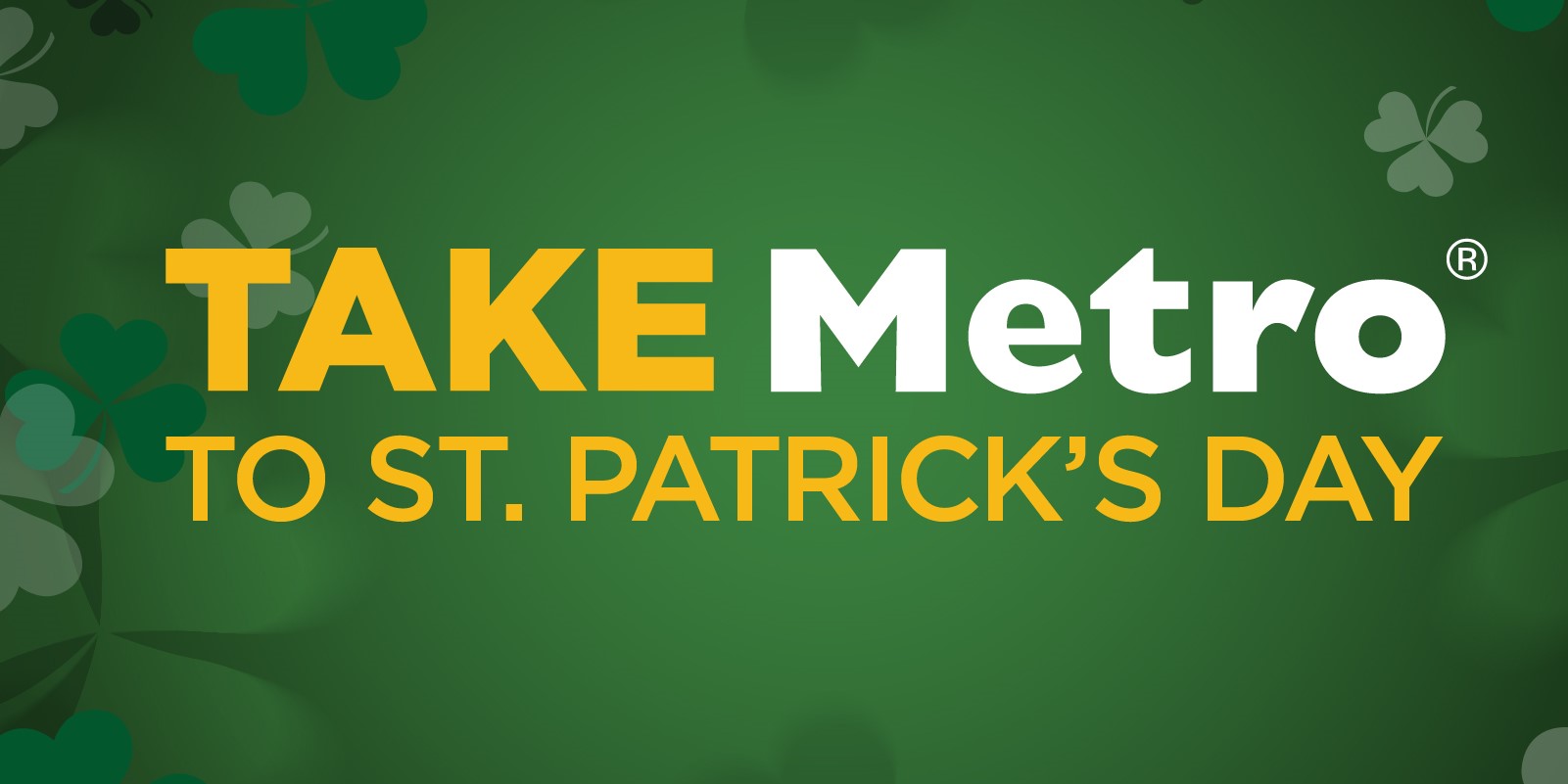 We’ve made it easy for you to enjoy the St. Patrick’s Day Run and Parade in downtown St. Louis on Saturday (March 11), without worrying about the hassles of parking, closed streets and traffic.

Leave your car at any one of the 21 Metro Park-Ride lots in Missouri or Illinois and ride MetroLink to one of four MetroLink stations near the festivities. The Stadium and 8th & Pine MetroLink Stations are both a few blocks from the starting line of the St. Patrick’s Day Run, and the Union Station, Civic Center, Stadium and 8th & Pine Stations are all within two to three blocks of the Market Street parade route.

MetroBus is also a great option. Hop on one of 13 MetroBus routes to 18th Street and Clark Avenue, next to Union Station, and walk a couple blocks north to the St. Patrick’s Day Parade route on Market Street.

The St. Patrick’s Day Run begins at 9 a.m. at the intersection of Broadway and Walnut Street, and the parade kicks off at noon at Market and 20th Streets. Metro will monitor MetroLink platforms for crowds throughout the day, and extra service will be added, as needed.

Several MetroBus routes will have detours in downtown St. Louis on Saturday, March 11, due to the parade and run. Information on all MetroBus reroutes can be found on Rider Alerts. 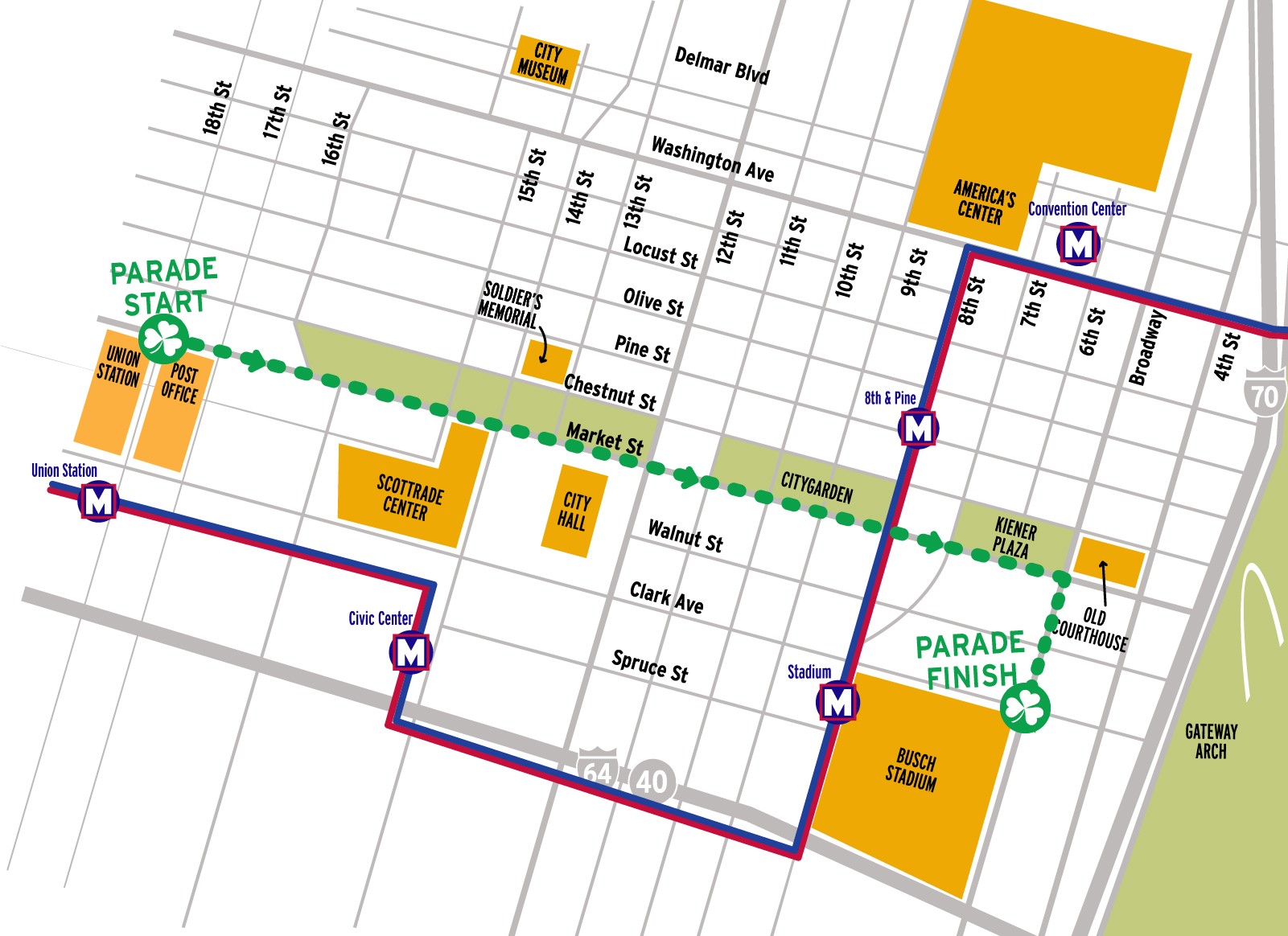