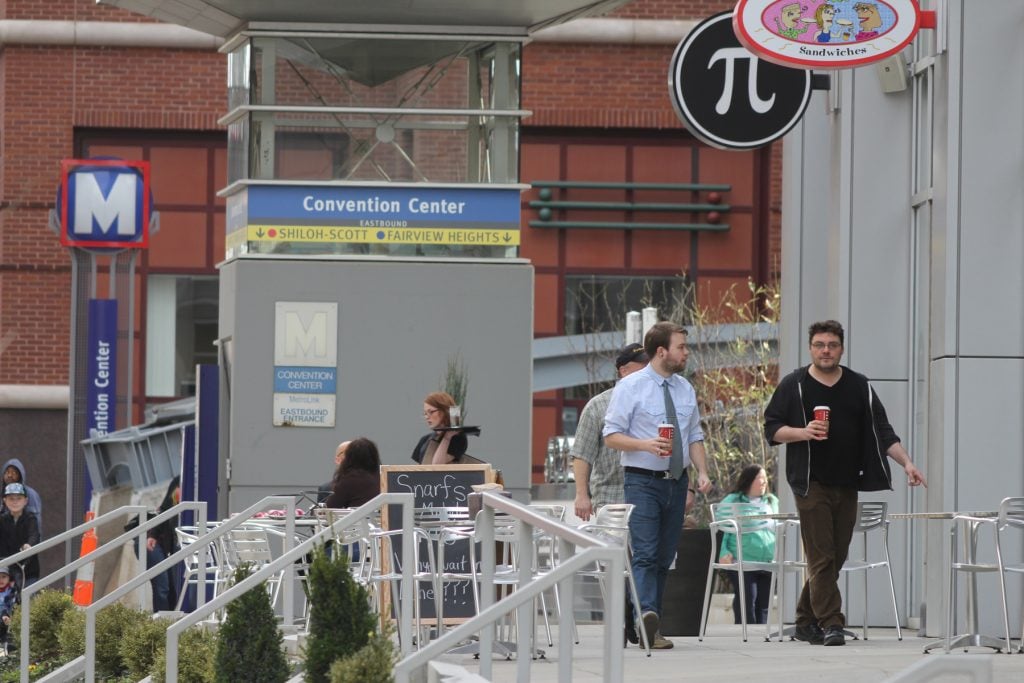 The summer heat is at full blast, so cool off with a concert or two. Avoid the hassles of traffic and paying for parking, and let Metro get you to the best music around town.

Head over to the Delmar Loop and attend a show at The Pageant. Rock band Shinedown will perform next week on June 11, followed by All Time Low, a Baltimore-based rock band, on July 18. Rapper Waka Flocka Flame will perform on July 20, and during the last week of the month at The Pageant, metal band Chevelle performs on July 25 and Lamb of God on July 31.

In downtown St. Louis, singer-songwriter and guitarist Jason Isbell will perform at the Peabody Opera House on July 12. The Dome at America’s Center hosts Guns N’ Roses as they return to St. Louis for a performance on July 27.

You can also hop on MetroBus to get downtown or to the Delmar Loop. Ride on one of more than a dozen MetroBus routes to the Union Station MetroLink Station, located just west of the Scottrade Center and the Peabody Opera House, or take a ride on the #99 Downtown Trolley to get near The Dome at America’s Center. You can reach the Delmar Loop on any of five MetroBus routes.