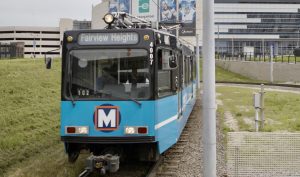 St. Louis has plenty of events and activities to offer in February, and Metro is here to get you there safely, conveniently and comfortably.

Avoid traffic and parking fees and hop on Metro with our $5 Metro Day Pass.

Check out the roundup of local events below, and download the Transit app to help you plan your trip, track your ride and pay your fare.

Masks Are Required on Metro Transit

Per a federal mandate from the Transportation Security Administration (TSA), masks are required while riding MetroBus, MetroLink and Metro Call-A-Ride, and while at MetroLink stations and Metro Transit Centers.