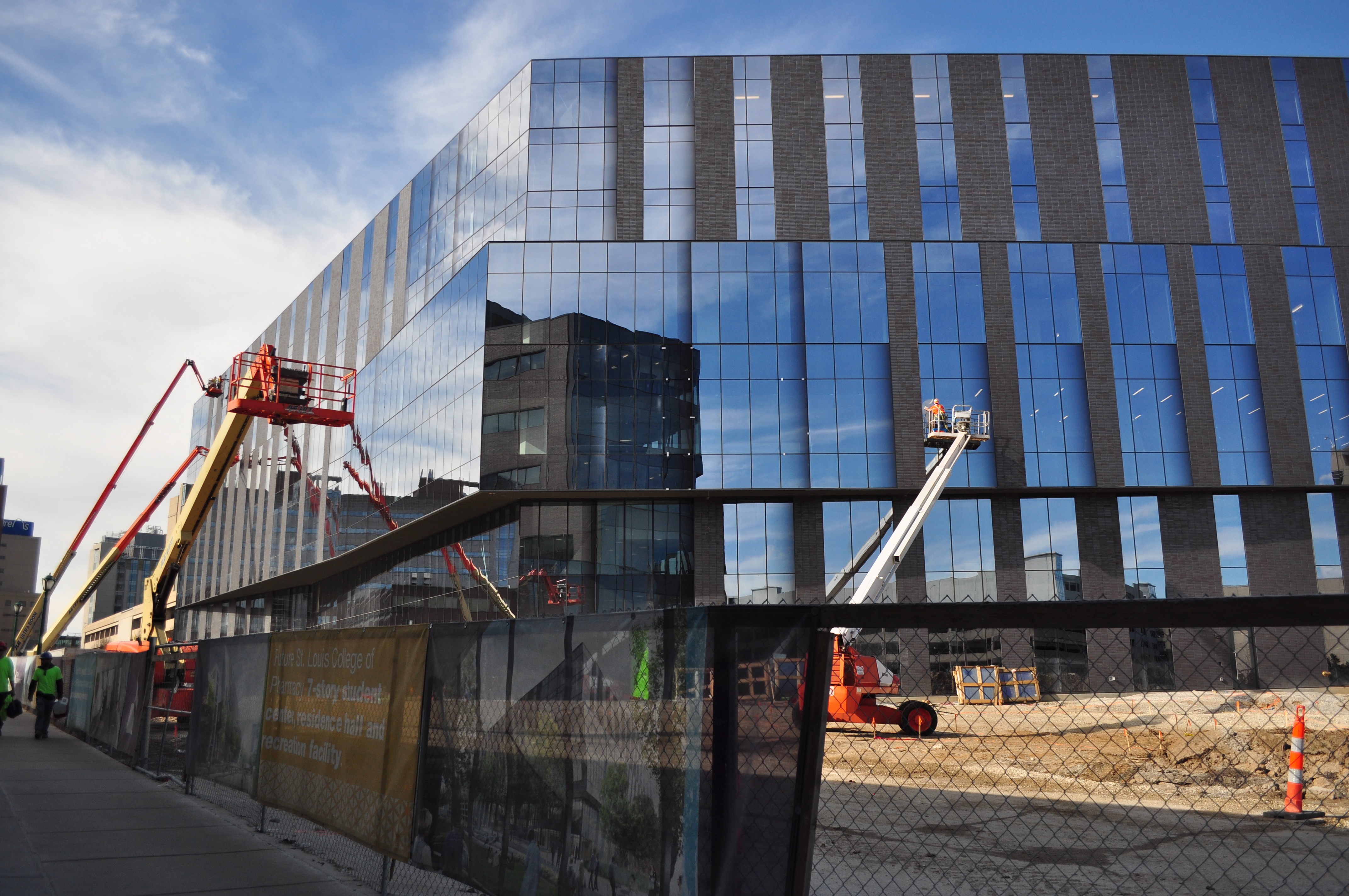 The Central West End area in St. Louis is a popular destination for bi-state area residents as well as visitors and it is a job center for the region. The community is home to stores, restaurants, residences, health care facilities and medical schools.

Served by the Central West End Transit Center, which has the highest MetroLink ridership in the system, it is already one of the most popular transit destinations in the region. With additional investments in health care taking shape, the area is becoming even more attractive to employees, patients, students, families and visitors who enjoy a pedestrian-friendly, car-free lifestyle.

Both Barnes-Jewish Hospital and St. Louis Children’s Hospital have expanding their facilities in the Central West End since mid-2013. These construction projects will consolidate and expand clinical care at the Siteman Cancer Center, as well as other surgical services and programs. It will also consolidate and modernize the Women and Infants Program, and include additional diagnostic and support space.

Phase II of the BJC Campus Renewal project will include renovation and construction at the south end of the medical campus. The expansion would focus on facilities for Barnes-Jewish Hospital’s expanding heart and vascular program, neurology and neurosurgery programs, transplant, trauma and critical care, and general medicine programs.

“We have direct access to this biomedical community, and our proximity to the Central West End MetroLink Station provides access to the entire St. Louis community. From here, members of our community can get anywhere to find resources.” – Eric Knoll, Ph.D., Associate Vice President For Operations at St. Louis College of Pharmacy

The first phase of campus construction at the St. Louis College of Pharmacy (STLCOP) was completed in August 2015, and included a 213,000-square-foot Academic and Research Building as well as a new library. Phase II, a new seven-story Recreation and Student Center, is nearing completion. The $40 million project includes a 220-bed residence hall, competition and recreation gymnasiums, a 200-meter indoor track, a fitness center, and a dining hall.

The concentration of these projects in this station area is highly valued by these institutions.

“Our location in the Washington University Medical Center is one of the college’s most attractive features for students, faculty and staff,” said Eric Knoll, Ph.D., associate vice president for operations at STLCOP. “We have direct access to this biomedical community, and our proximity to the Central West End MetroLink Station provides access to the entire St. Louis community. From here, members of our community can get anywhere to find resources.”

Great Rivers Greenway is breaking ground on a portion of Chouteau’s Greenway extending from Sarah to Boyle Avenue in the Cortex Innovation Community, just east of the Central West End. The next phases of the Greenway will extend from Boyle Avenue all the way to the Central West End MetroLink Station, connecting these new and existing medical facilities and institutions with the booming innovation and technology community.

These projects aim to create a transit-oriented, pedestrian and bike friendly culture in a part of town where St. Louis has a major concentration of jobs.