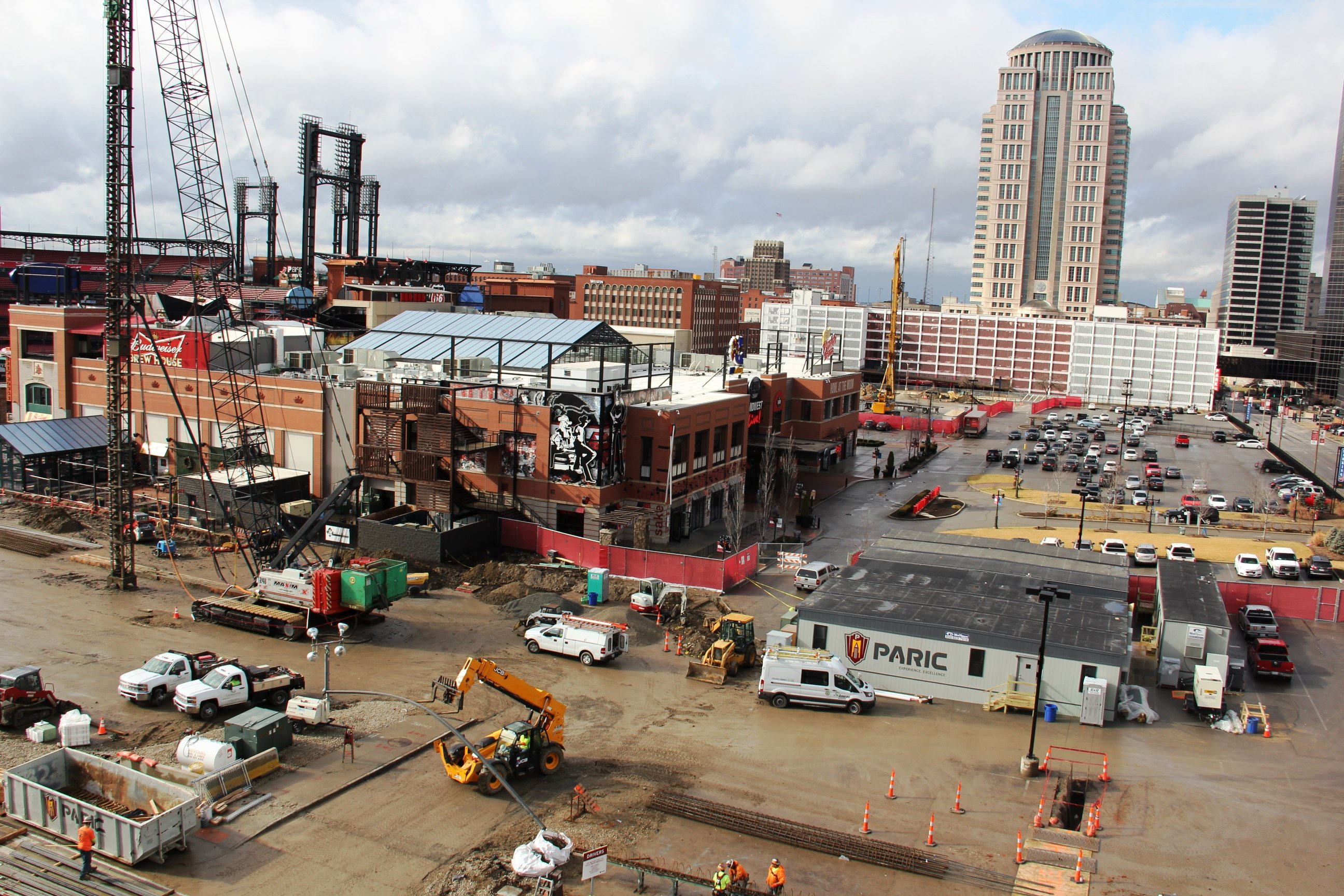 The “village” in Ballpark Village is being emphasized in a big way now that the second phase of development is underway. The St. Louis Cardinals and the Cordish Companies broke ground last month on the next phase that will feature new office space, and retail and residential components.

Ballpark Village is already one of the top destinations in St. Louis, with or without a Cardinals game, attracting people into downtown for food, drinks and entertainment. It is conveniently located near the Stadium MetroLink Station and just a few blocks from Metro’s downtown transit hub at the Civic Center Transit Center, which serves MetroLink and 23 MetroBus routes.

The first phase of development included restaurants, bars and retail establishments. The second phase will significantly expand and enhance the area, adding more amenities and more density to build a complete neighborhood in this area of downtown St. Louis.

The project is being jointly developed by the St. Louis Cardinals and the Cordish Companies, which developed the Power and Light District in Kansas City. The $260 million project includes 700,000 square feet spread over a 10-story office building, 29-story apartment tower, 3-story retail center and 8-story hotel. The second phase of development is expected to create 1,500 construction jobs and an additional 1,000 permanent new jobs.

The 117,000-square-foot office building will be anchored by accounting firm PricewaterhouseCoopers (PwC), which will relocate its St. Louis offices to the building from another part of downtown. The office building is expected to open in mid-2019, marking the first new office construction downtown in 30 years. PwC employees will benefit from the short distance between their new office space and the Stadium MetroLink Station.

The $65 million Live! by Loews–St. Louis hotel is also scheduled to open in mid-2019, and will bring 200 new employees to the area that can take advantage of the Metro transit system to get to work. The hotel will have 216 rooms, a fitness facility and 17,000 square feet of meeting and event space, including a grand ballroom and outdoor event terrace.

The residential tower will bring 24-hour activity to this part of downtown, and add to the growing residential population of downtown St. Louis with 279 units that include impressive views of Busch Stadium. The apartment tower, dubbed One Cardinal Way after the new street that will go through the development, provides residents with convenient access to the entire region as it will be located just one block from the Stadium MetroLink Station. The building is planned for completion in mid-2020.

Finally, joining the existing retail and entertainment buildings will be a 3-story retail building anchored by a large workout facility from Onelife Fitness, which operates in more than 50 cities across the country and has more than 1,200 members.

“We are excited to be truly bringing the ‘village’ to Ballpark Village with the construction of this next phase. Ballpark Village will be a dynamic, 24/7 modern urban neighborhood for visitors, tenants and residents alike. The development is pedestrian focused, allowing people to leave their car behind and enjoy all the amenities of a world-class transit-oriented development in St. Louis.”

These new additions to Ballpark Village will build a neighborhood around Busch Stadium and increase activity in the surrounding area, giving not just Cardinals fans more reasons to enjoy downtown, but also office workers, residents, tourists and visitors. 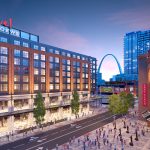 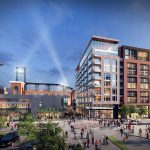 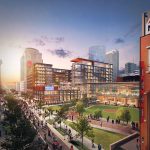