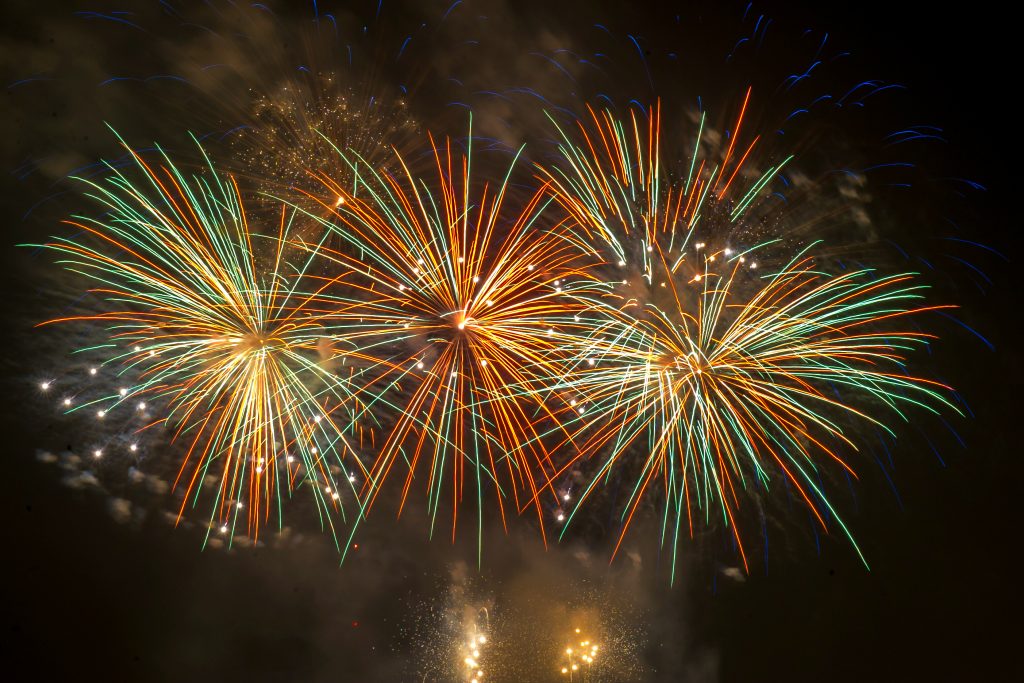 Tens of thousands of people will celebrate Independence Day at the America’s Birthday Parade in downtown St. Louis on Saturday, July 1, and at Fair Saint Louis in Forest Park on Sunday, Monday and Tuesday (July 2-4). Metro makes it easy to enjoy all of the fun and festivities without having to deal with blocked streets, traffic jams or parking.

MetroLink is a great option to get to the America’s Birthday Parade downtown. Park your vehicle at any one of 21 free Metro Park-Ride lots in Missouri and Illinois and ride to the Union Station, Civic Center, and Stadium Stations, which are all just a few blocks south of the parade route on Market Street.

MetroLink will be operating on a weekend schedule on Saturday, July 1, and both eastbound and westbound trains will be arriving in and leaving downtown every 10 minutes. Metro will also have extra security and personnel to assist passengers.

MetroLink is the most convenient transportation option to Forest Park and enjoy the fun, food, music and fireworks of Fair Saint Louis. Each day of the fair, Metro will add extra MetroLink trains into service each evening to accommodate the tens of thousands of fairgoers expected to attend the celebration in Forest Park.

To minimize crowds and long lines, we encourage you to use one of two designated stations to access Fair Saint Louis: 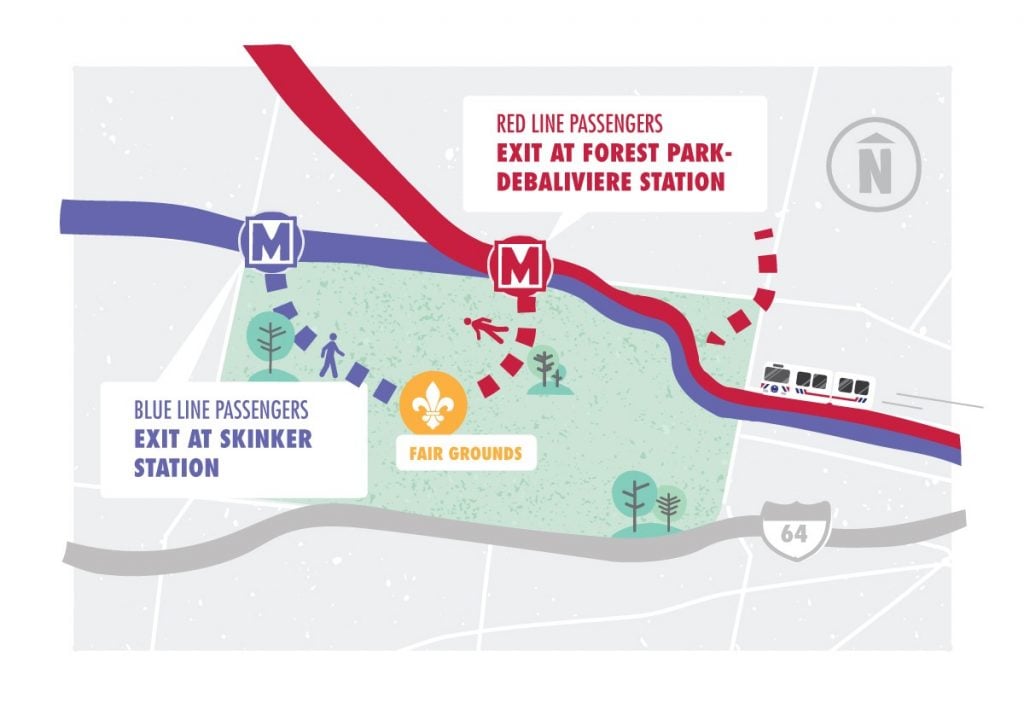 MetroBus is another option. Most MetroBus routes connect with MetroLink, and the #2 Red, #16 City Limits and #90 Hampton MetroBus routes have stops near Forest Park. The #3 Forest Park Trolley will not be in service for the duration of the fair, July 2-4.

Metro employees and public safety officers will be working with local law enforcement to safely and efficiently transport fairgoers taking MetroLink to and from the fair.

Trains will be crowded, especially after the firework shows each night, so riders are asked to be patient and respectful of others. No eating, drinking or smoking (including e-cigarettes) is allowed on Metro vehicles or on Metro property. For those bringing strollers on the MetroLink, please be prepared to fold them up before boarding the train. Alcohol and firearms are prohibited on Metro vehicles and Metro property, and no alcohol or coolers are allowed at the fair. Pets are not permitted on Metro vehicles, except for service animals.

Please note that the Park-Ride lot at the Forest Park-DeBaliviere MetroLink Station will be closed during Fair Saint Louis.

Metro employees and ticket agents will be at select MetroLink stations along the system to assist fairgoers all three days. For only $5 – the cost of two one-ride tickets – you can enjoy a round-trip ride to Fair Saint Louis on MetroLink.

Passengers are encouraged to purchase two one-ride tickets while on their way to Fair Saint Louis to avoid delays and waiting in line to purchase tickets when they leave the fair.

The Metro Transit Information phone lines will be closed on July 4.

6 thoughts on “Transit Tips: Your Guide to Fair Saint Louis 2017”