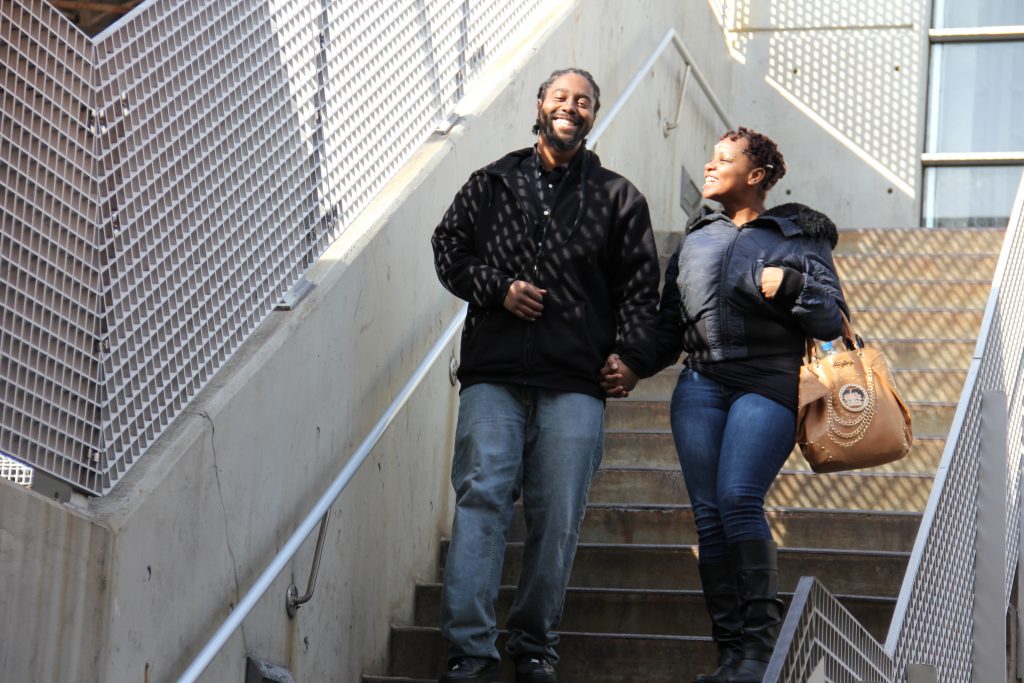 In celebration of Valentine’s Day, we’re sharing the stories of couples who met on MetroBus or MetroLink. This week’s Passenger Profile features our second couple, Tammisha and Steve.

It may seem like the idea of love at first sight was created by a romantic crooner or a Hollywood script writer. But it’s certainly a real sensation – just ask Tammisha and Steve.

According to Tammisha, it all happened at the Forest Park-DeBaliviere MetroLink Station during the evening on May 31, 2006. Tammisha was making small talk with a Metro Public Safety officer, when all of a sudden, Steve descended the stairs to the MetroLink platform. 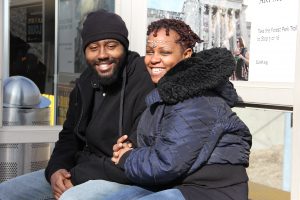 “When he came down those stairs,” Tammisha said, “it was love at first sight.”

It didn’t take long for the two to strike up a conversation and eventually exchange numbers. While they went their separate ways that night, they continued to talk on the phone.

“We talked about all sorts of things from music and books to my love of poetry,” she said. “It was never hard to talk to him.”

With a few phone conversations under their belt, it was time to move the relationship to the next level. The two returned to the Forest Park-DeBaliviere station and rode the train to the Union Station MetroLink Station for their first date.

That wouldn’t be their last romantic rendezvous with Metro. Over the years, Tammisha and Steve would often take Metro to go on dates, and several nights a week they’d meet at the bus stop near Germania Street and Interstate 55 and ride the #90 Hampton together to the Forest Park-DeBaliviere MetroLink Station.

“Last Valentine’s Day, Steve met me at my job with candy and flowers,” she said. “We’ve slowed danced at the bus stop without music. There were a lot of moments like that.” 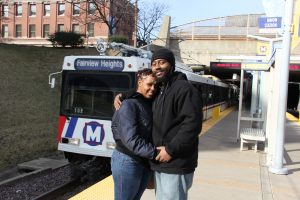 From that chance encounter in May 2006, their relationship has only grown stronger, and today they share their love with their children. In fact, the whole family recently rode Metro together, riding the #4 Natural Bridge to the Civic Center Transit Center and hopping aboard MetroLink to the Union Station MetroLink Station.

“We wanted to show our kids where we first met,” she said. “It brought back the nostalgia.”

While Metro was an important factor in their relationship, Tammisha and Steve think destiny still would have brought them together, even without the help of the bus or train. However, Metro did give them a boost.

“We have a lot of the same friends and we used to live on the same street when we were kids,” Tammisha said. “We knew our lines would one day meet. Metro made that connection quicker.”