Fare Collection Gates Will be Designed for All MetroLink Platforms 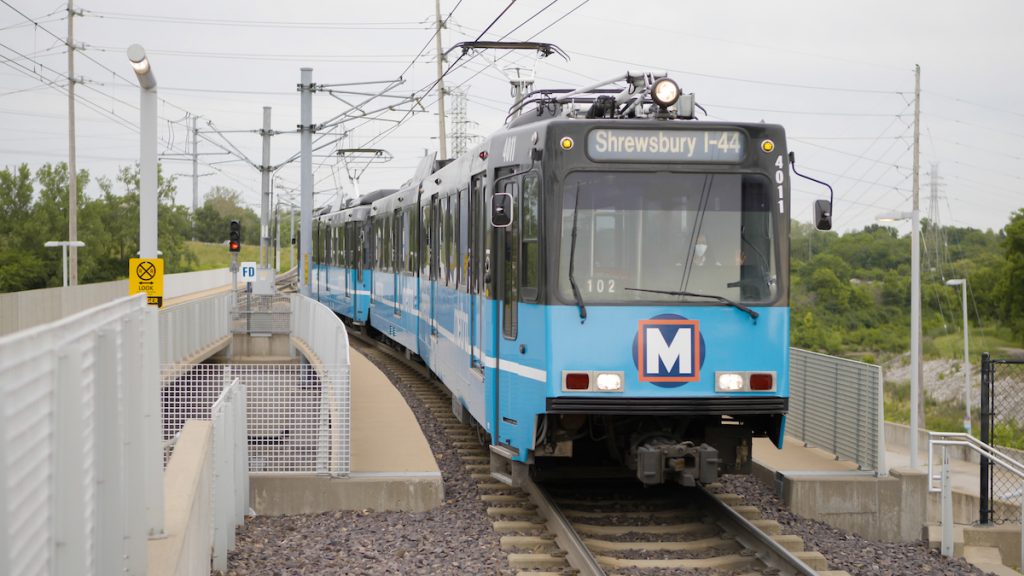 The Bi-State Development Board of Commissioners authorized the awarding of a nearly $7 million contract plus a 5 percent contingency to HNTB for professional engineering services related to the design of the MetroLink Secure Platform Plan (SPP) project. HNTB is the only company that submitted a sealed proposal for the design work. The original HNTB proposal of $8,104,323.06 was significantly more than an independent estimated cost of approximately $4.3 million. Metro Transit negotiated with HNTB on multiple occasions last month to identify and reduce design-related costs, resulting in a revised cost proposal from HNTB of $6,948,587.09.

Awarding the design contract is the first step toward creating centralized, secure customer access points at 27 MetroLink stations in the City of St. Louis and St. Louis County in Missouri and at 12 MetroLink stations in St. Clair County in Illinois, including the newest MetroLink station, which will be constructed at MidAmerica St. Louis Airport in Mascoutah. A new fare media system will control the access gates used to enter the station platforms and will be similar to other transit systems where a valid transit ticket on the rider’s cell phone or a printed ticket or pass will electronically allow access to the light rail platforms. Another component of the Secure Platform Plan project features a new closed circuit television (CCTV) technology to assist and further enhance security personnel assigned to the MetroLink system. New fencing is also included in the SPP project.

“Our riders and the region can be reassured that their safety and security on the MetroLink system is top priority,” said Taulby Roach, Bi-State Development President and CEO. “This ambitious project is so important and at the same time is very complex. We are going to transition an open access light rail system into a closed access system. Every station is viewed as its own project because the platform entrances and exits are all different at each station.”

The design contract is not included in the $52 million estimated cost of the SPP project. Existing grant monies programmed for the design of the barrier system and federal stimulus funds are available to pay for the design portion of the project. Private donors have committed to nearly $11 million in financial support toward the SPP project. Portions of the balance of project costs are provided by Metro Transit’s three funding partners (St. Louis City, St. Louis County and St. Clair County) as well as federal stimulus money previously received for these capital improvements.

“The Secure Platform Plan is garnering some recent national exposure as other cities want to know how the St. Louis region is changing the security dynamic around MetroLink,” said Kevin Scott, SPP Project Leader and General Manager Security at Bi-State Development. “This bold program puts us on a new path.”

The Disadvantaged Business Enterprise (DBE) goal for the project is set at 7%. HNTB has committed to achieve 14.4% DBE participation.