Today’s shot pictures Delmar Boulevard looking west from Melville Avenue in the U. City Loop in 1945. Hull-Dobbs Restaurant and the Varsity Theater are pictured on the left side of the photo. University City’s City Hall can be seen in the far distance. The theater marquee advertises “Ernie Pyle’s The Story of G.I. Joe.”

Before it was developed commercially the land along Delmar Boulevard was a campsite for visitors to the 1904 World’s Fair. In later decades, the Loop’s rapid growth was facilitated by its convenient streetcar service.

Photo and caption courtesy of the Missouri History Museum. 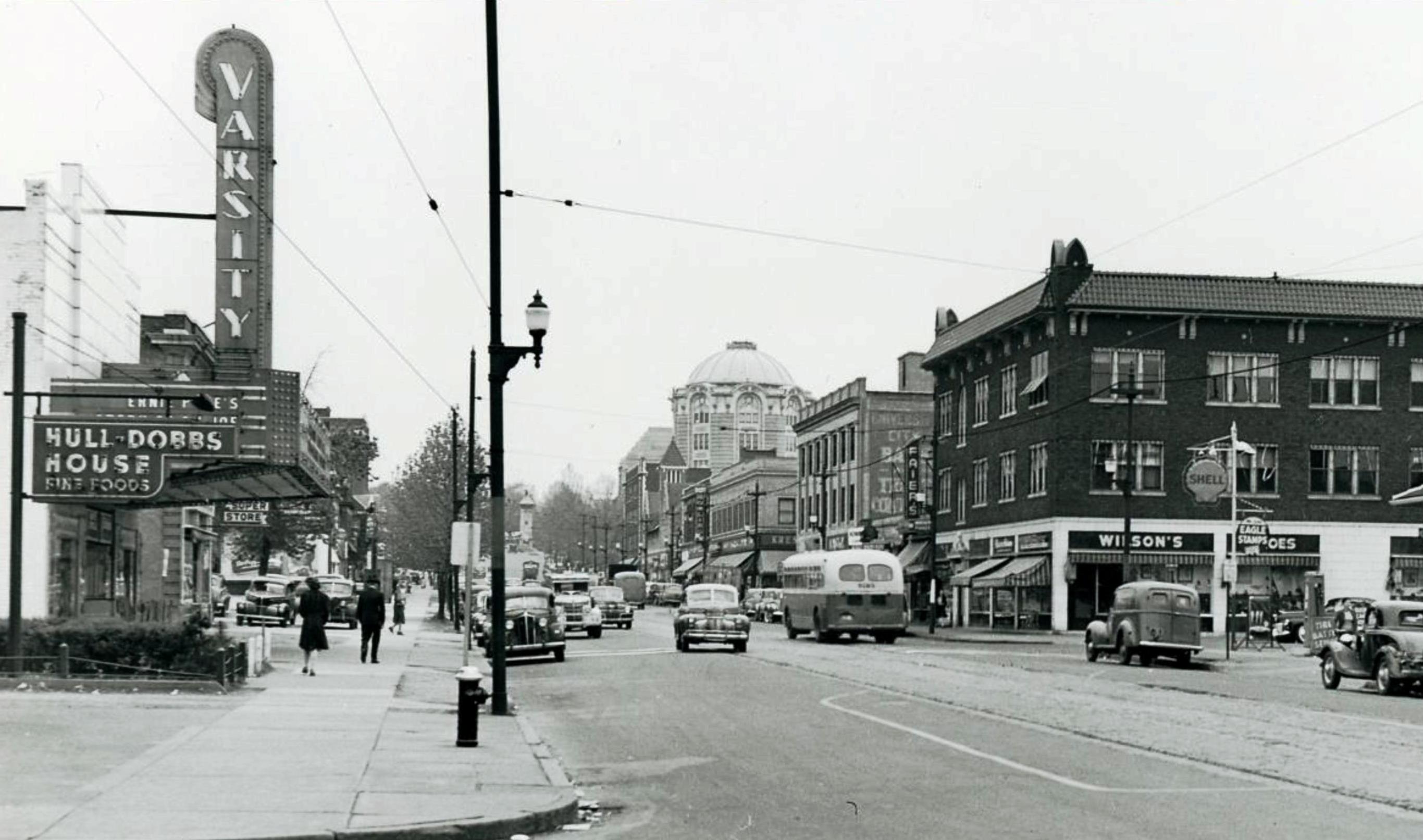