For many of us, reaching 100,000 miles on the odometer is an impressive feat. At Metro transit, we take it up a notch — all the way up to one million miles.

Through its industry-leading vehicle maintenance program, a MetroBus reached one million miles on the odometer on the original engine and without a mid-life overhaul on March 29, 2017. Metro operates a fleet of 400 public transit buses for the St. Louis region, and the million-mile bus is the first of what could be at least a dozen that potentially will reach that unique milestone in the next couple of years.

The million-mile bus, which Metro purchased and put into service in 2001, is a Gillig Phantom with a Cummins M11 engine. Metro operated the bus in regular service in the City of St. Louis and in St. Louis County, Missouri, for the first eight years, before it was purchased by one of its key transit partners, the St. Clair County Transit District (SCCTD). Since then, Metro has operated the bus for the SCCTD in St. Clair County in Illinois, across the Mississippi River from St. Louis. The bus is still in active service in Illinois, recording more than 8,000 miles a month and 96,000 miles over the past year. Over the last 16 years, the bus has traveled more than a million miles without an engine overhaul or significant mechanical issue.

“To put it into perspective, it’s the same as if this bus had traveled around the world more than 40 times,” said John Nations, President and Chief Executive Officer of Bi-State Development. Metro transit is one of BSD’s five enterprises. “Not only that, it reached that one million miles on the original engine. A million miles without a major breakdown. A million miles connecting thousands of people each year to jobs, education, medical appointments, baseball games, entertainment and other important destinations throughout the region.”

This unique milestone is the result of an innovative, internationally-recognized maintenance program. In 2001, Metro began an internal transformation to completely redesign the fleet maintenance program, changing the focus from reactive to proactive preventative or predictive maintenance, replacing parts before they actually fail. Today, Metro leads the transit industry in several performance, reliability and maintenance metrics.

“Breakdowns have been dramatically reduced, from one occurring every 3,500 miles to now not occurring until between 24,000 and 25,000 miles. As our reliability became stronger, so did our on-time performance, which now leads the industry. Accident rates have dramatically reduced. Customer satisfaction has soared.”

Reaching a million miles is also a notable achievement due to the demands of the public transit industry. Metro buses operate long hours over tens of thousands of miles each year, for many years, in all types of driving and traffic conditions, as well as in extreme weather and temperature conditions.

“Most Cummins Million Mile Club members drive Class 8 trucks,” said Pam Vermilye, Cummins General Sales Manager for Bus and Transit in the Central Region. “It is a unique achievement in the transit industry.” 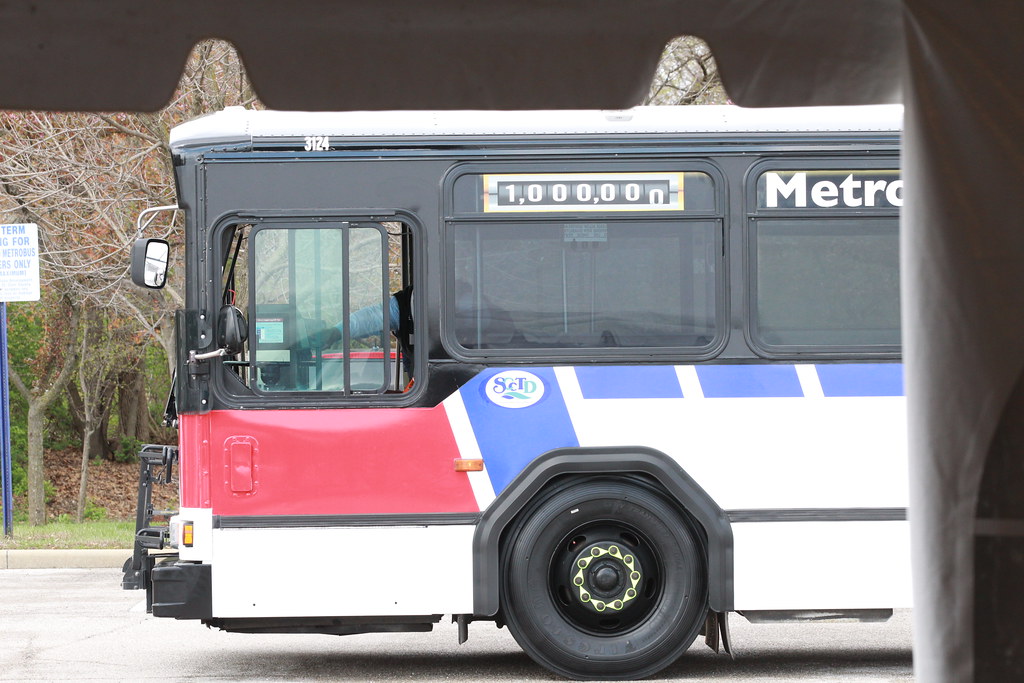 In addition to industry-leading performance, the maintenance program also has been able to substantially reduce capital expenses. By extending the operational lifespan of its buses, Metro is able to purchase a single bus, which today have a price tag of more than $400,000, to meet the demands that other transit systems would need two or three buses to satisfy. These efficiencies ensure that taxpayer funds supporting public transit are wisely invested and used to their fullest potential.

“Transit agencies spend millions of dollars to build and maintain their vehicle fleets. It’s a substantial investment by the taxpayer, and it’s the job of Metro and other transit agencies to ensure they get a good return on that investment,” said Mokhtee Ahmad, Regional Administrator for the Federal Transit Administration Region 7. “Through its work, Metro has been able to create an incredible benefit for taxpayers, while at the same time, providing reliable, on-time service to transit riders who depend on Metro every day.”

“In that recent study, Metro had some of the lowest costs in the country,” said Bill Grogan, Managing Director of the St. Clair County Transit District. “What this means is that, not only is the Metro team maintaining these vehicles for an extremely long service-life, they are doing it in a very cost effective way.”

Metro’s preventative maintenance program is internationally recognized for producing the highest level of vehicle reliability and efficiency. It has been featured in industry magazines and publications, and has drawn the attention of public transit systems from around the world, who write, call or come to St. Louis to see how they can model their programs after Metro’s successful approach. In 2016, the Federal Transit Administration specifically highlighted Metro as a case study of what can be achieved through transit asset management.

“We are entrusted with one of the region’s most important responsibilities, connecting people to opportunity,” Constance Gully said. Gully is Vice-Chairman of the Bi-State Development Board of Commissioners. “The commitment to fulfill that responsibility runs throughout our entire organization, and it’s the reason why we are able to have a bus travel more than a million miles without an engine overhaul.”

The million-mile bus will continue operating regular transit service in Illinois for the next eight months. Next year, the bus will be moved to Redbird Express service, which provides special, direct shuttle service for baseball fans between St. Clair Square in Illinois and Busch Stadium in downtown St. Louis.