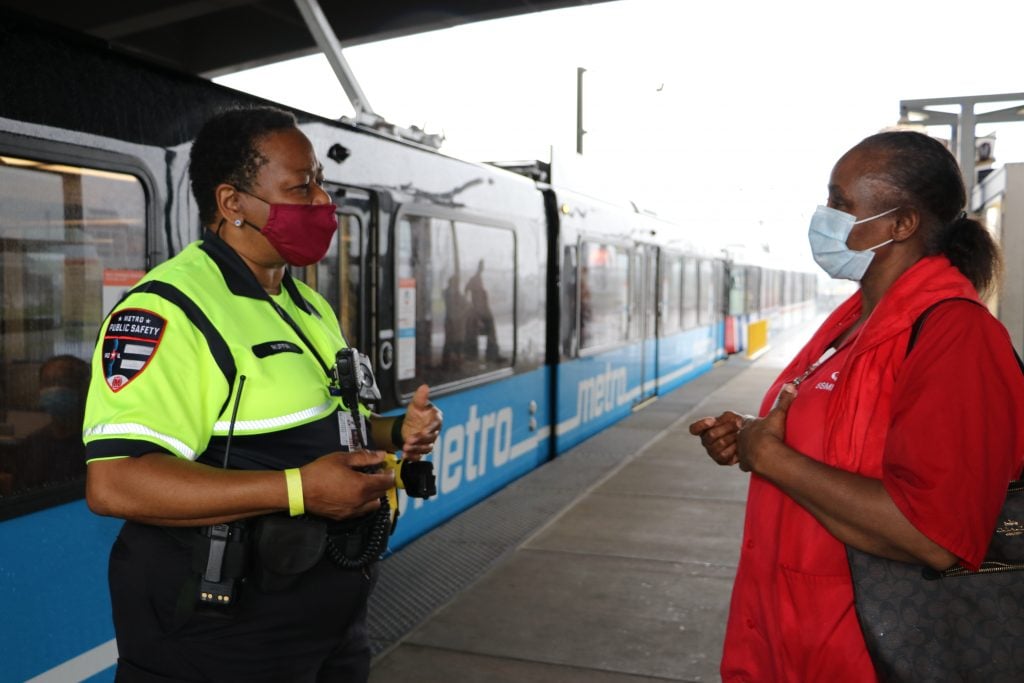 Metro Transit continues to work collaboratively with regional partners to deliver a safer, more secure transit system, and now the Public Safety Team has new tools to use in those efforts.

Since July 20, all uniformed and field deployed Metro Transit Security Specialists (TSS) have been equipped with Body Worn Cameras. In addition, Metro’s new Ride and Abide Policy will allow our Public Safety Team to suspend transit privileges for individuals who repeatedly engage in prohibited conduct on the Metro Transit system.

New body cameras are now being worn by Metro Transit Security Specialists (TSS) during each shift for scene documentation, as well to ensure transparency and accountability to the public when addressing security issues. 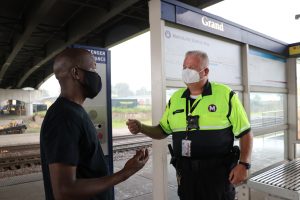 The cameras provide a more thorough documentation of customer contacts, as well as special incidents that require a TSS response. Local law enforcement partners will also have access to the camera footage when conducting their investigations on the Metro Transit system. This technology will supplement Metro Transit’s broader closed-circuit television (CCTV) system, which deploys fixed cameras on all platforms and properties across the system. Those cameras are monitored 24/7 by Metro Public Safety dispatchers who can immediately call for security or law enforcement assistance when needed.

Metro Transit acquired the cameras under a five-year lease program with AXON that is being paid from the Public Safety operating budget. At the end of the lease, Metro can decide to keep the current system or re-enter the lease cycle to receive upgraded versions and latest real-time technology.

“Metro Transit operates a safe transit system that provides tens of millions of trips each year. Serious incidents and crimes are rare. We have determined, after thorough analysis of our data, the majority of these more serious incidents come from the actions of a very small percentage of individuals,” said Kevin Scott, General Manager of Field Security at Metro Transit.

“The new Ride and Abide policy gives us the ability to directly address those specific individuals. The focus of this policy is not to address minor violations, like eating on the train or not validating your ticket. This new step will let individuals who engage in serious, unacceptable behavior, know that such behavior will not be tolerated. We want our riders to be able to enjoy a safe, comfortable, convenient transit experience on Metro.”

For more information about the new Ride and Abide Policy: metrostlouis.org/safety-and-security