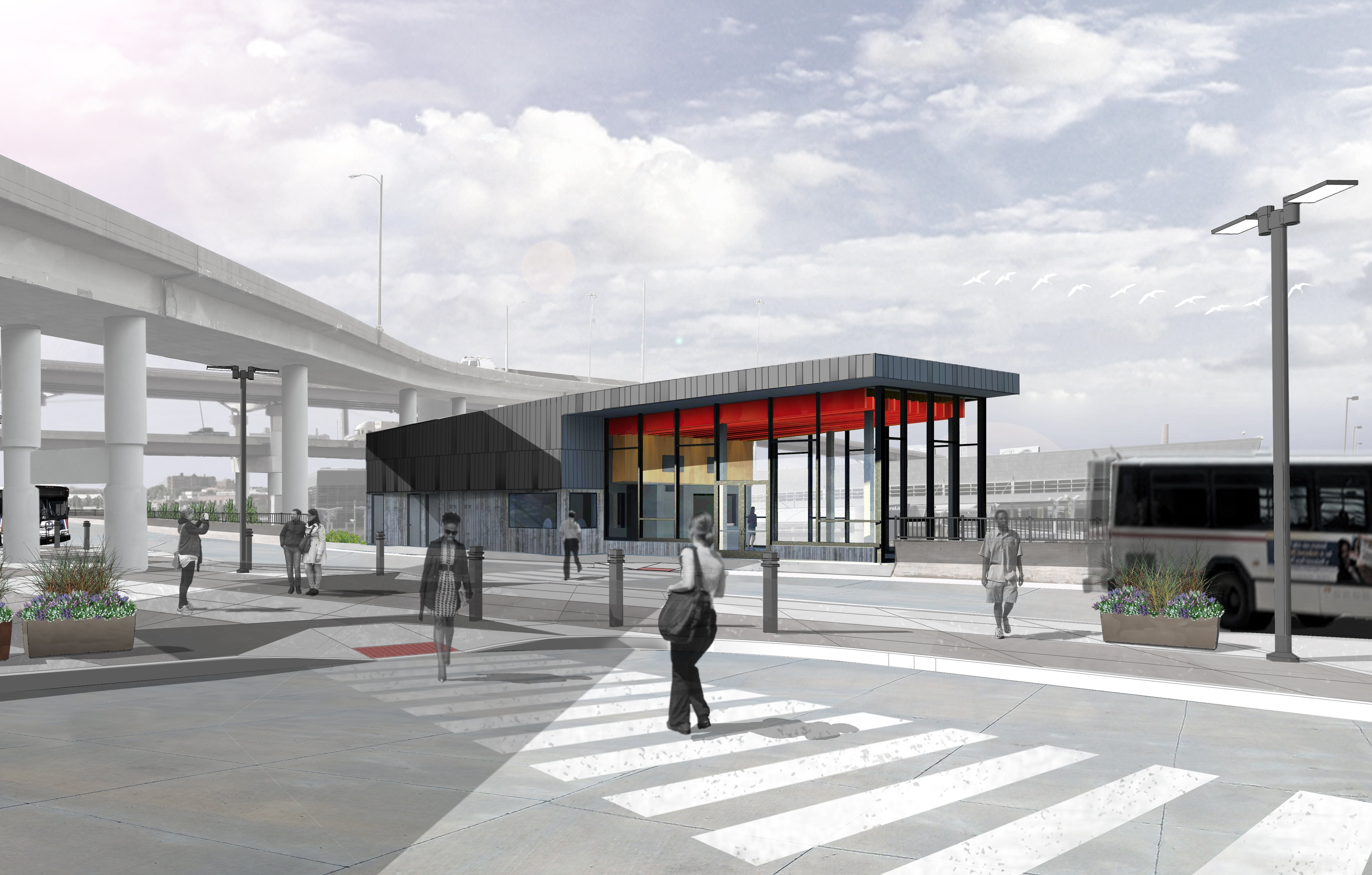 Before MetroBus service moves back to the Civic Center Transit Center in downtown St. Louis on Monday, August 14, you’re going to get a couple of opportunities to check out the newly-redesigned transit center ahead of time.

St. Louis, mark your calendars! Here’s what we’ve got in store:

Metro will hold a public information meeting on Wednesday, July 26, from 11:30 a.m. to 1:30 p.m. at the St. Louis City Hall Rotunda at 1200 Market Street. It will be open-house style so you can pop by during your lunch hour for a few minutes. This is your chance to learn more about the expansion project, which kicked off more than a year ago. You’ll be able to find out where your bus will park at the new transit center and hear about the new customer amenities, including an indoor customer waiting area and passenger restrooms.

Here’s where it gets fun. You’re invited to come to the Public Open House on Friday, August 11, from 11:30 a.m. to 1:30 p.m. Fredbird and Louie will stop by and there will be food trucks, live music and an art bus painting.

And it gets even better. We’re offering a Ride Free Transit Zone in downtown St. Louis from 11 a.m. to 2 p.m.

Here’s what that means. You can ride the #99 Downtown Trolley for no charge between 11 a.m. and 2 p.m. and you can ride MetroLink between the Laclede’s Landing Station and the Union Station MetroLink Station for free between 11 a.m. and 2 p.m. that day. You can get on the train at the Laclede’s Landing Station, the Convention Center Station, the 8th & Pine Station, Stadium or Union Station MetroLink Station, and take MetroLink to the Civic Center Station to get to the fun and festivities. When you’re ready to head back, you can get on the train for free at the Civic Center Station and hop off at any of the downtown stations. However, if you are travelling outside of those downtown stations, you’ll still need to have valid fare.

On Monday, August 14, MetroBus service returns to the Civic Center Transit Center. All 23 MetroBus routes that serve downtown St. Louis will meet at the Civic Center Transit Center connecting bus riders with MetroLink. Four existing MetroBus routes will be split into eight new routes, and these shorter routes will provide passengers with more direct service and better reliability. The new indoor customer waiting area with passenger restrooms and digital arrival-time boards will open, and Metro riders will be able to purchase concessions at the transit center. MetroBus personnel will be on-site as well as Metro Public Safety team members.

The Civic Center Transit Center was completely redesigned to accommodate more MetroBus vehicles. We also built for the future with 60 foot buses in mind as well as easy modification for electric buses. The old transit center housed six bus bays while the new design incorporates 19 bus bays. Construction began in April of last year. Metro was awarded federal funding for the expansion project, and that funding supported 80 percent of the total project cost of $10.5 million.