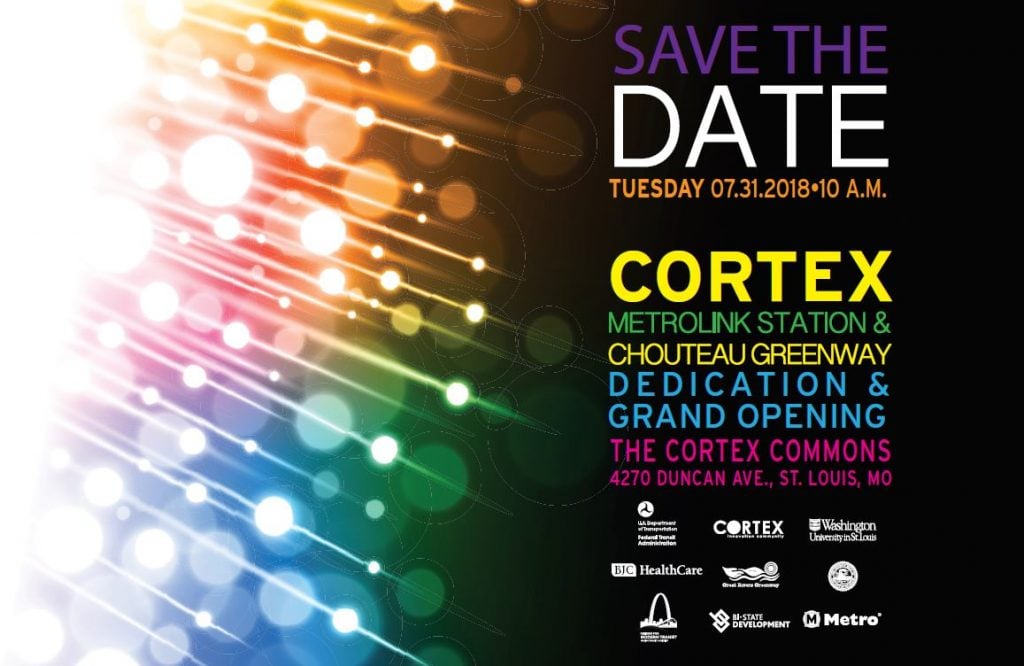 The Cortex MetroLink Station and the first quarter-mile section of the Chouteau Greenway will open to the public during a special dedication ceremony on Tuesday, July 31.

Construction of the region’s newest greenway, and the first MetroLink station to be built in more than a decade, began last summer. This is the first Metro Transit project to be constructed using public and private funding.

The Cortex MetroLink Station – located between the Central West End and Grand MetroLink Stations – will become the light rail system’s 38th MetroLink station and provide a new, convenient transportation option for the thousands of employees and visitors in the central corridor of St. Louis where parking is at a premium.

Video: Take a ride through the Cortex MetroLink Station

The first quarter-mile section of the Chouteau Greenway has been constructed just north of the Cortex Station between Boyle and Sarah Avenues. When the entire five-mile greenway is completed, it will allow individuals, groups and families to walk or ride bicycles from the Gateway Arch to Forest Park on a paved, accessible path separated from street traffic.